Turkey and Zucchini Burgers with Green Onion and Cumin

Jerusalem had a special place in my heart, so when I came across the cookbook Jerusalem by Yotam Ottolenghi (author of Plenty) and Sami Tamimi, it was not even a question in my mind of whether or not I should get it - I KNEW it had to be mine. This was the first cookbook I had bought in months, so I was pretty excited. I think it's safe to say that Middle Eastern food is probably my absolute favourite. It's exotic, yet there's something about it that is very comforting and and I feel like I'm celebrating whenever I eat it.

Turkey and Zucchini Burgers with Green Onion and Cumin was the first recipe I saw that I instantly wanted to make, and being on a bit of a break from school this week I finally got a chance to make them today. You know a recipe is good when you blog it the same day you eat it. Now these are not the same kind of burger that you would put in a category with American cheeseburgers; they are more like meatballs, although it's best to shape them into small patties because that makes them better for searing which, I think, is a pretty important step, and I just have to add that the good thing about this recipe is that it's gluten free, dairy free if you don't make the sauce, and yeast free/candida diet friendly.

Let's begin with the sauce: 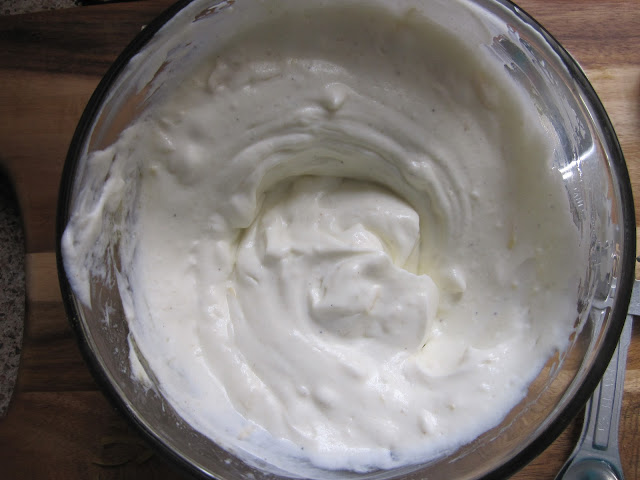 Make the sauce first so the flavours can meld together while you're doing everything else. Just put everything in a bowl and mix well. Chill until ready to eat.

Sumac is a Middle Eastern spice which I unfortunately don't have and couldn't find ANYWHERE! I was a little disappointed but I am determined to keep looking. For now I just left it out and added a dash or two of cumin and coriander, and I also just used a cup of Greek yogurt instead of the sour cream/yogurt mixture. It's a delicious sauce.

Now for the burgers: 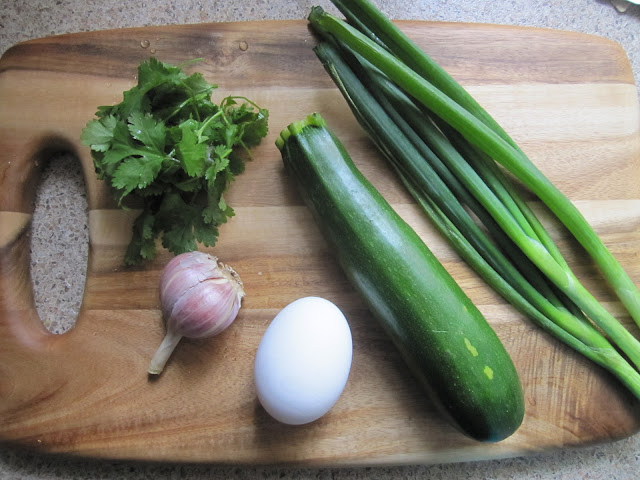 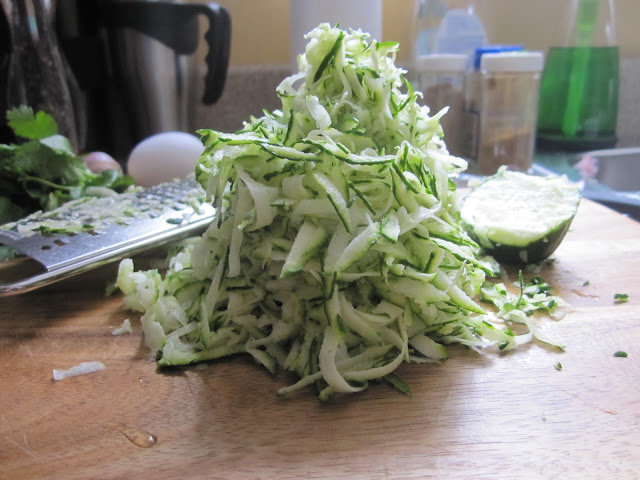 Note: for the mint, instead of 2 tablespoons of the fresh mint, I added about 1/2 teaspoon of the dried stuff. Add more if you wish! 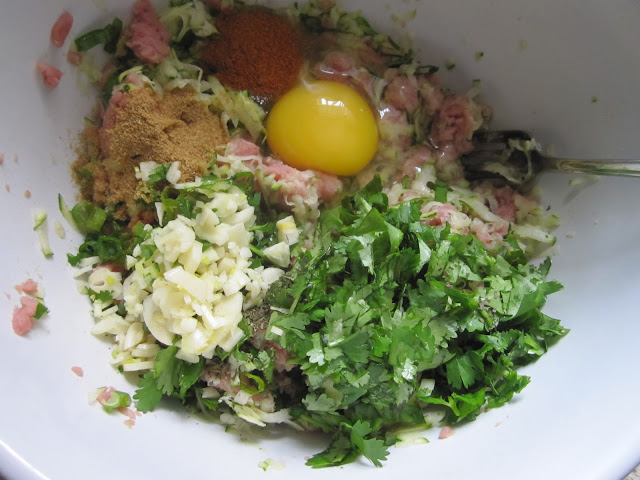 Add all the ingredients in one bowl. 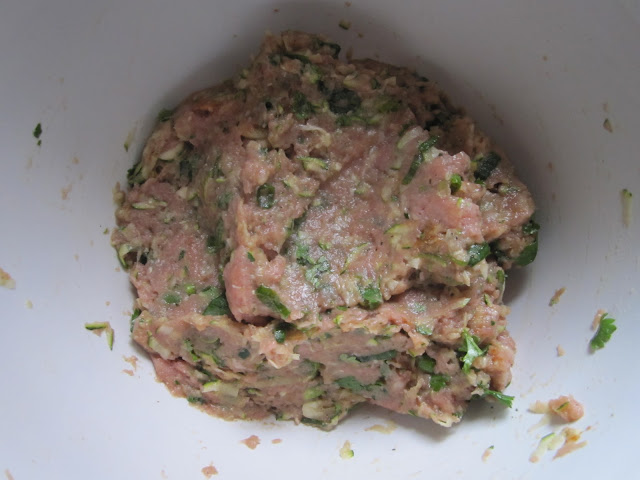 Mix well and shape into patties. I made mine about the size of sliders. 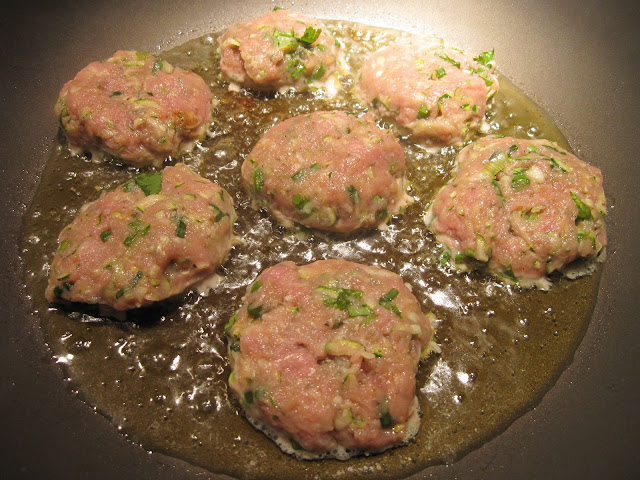 Put just enough oil in the bottom of a pan to cover, and once it reaches medium heat begin to sear the small patties. About 2 minutes on each side should do. 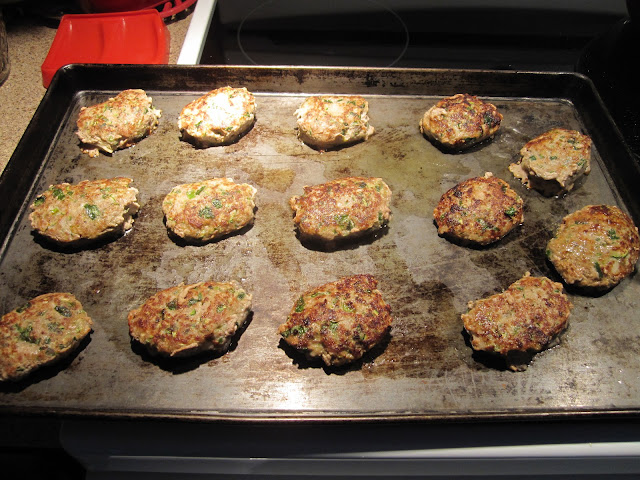 Transfer the patties to a baking sheet and finish the cooking in the oven on 425 degrees, about 5-7 minutes more. 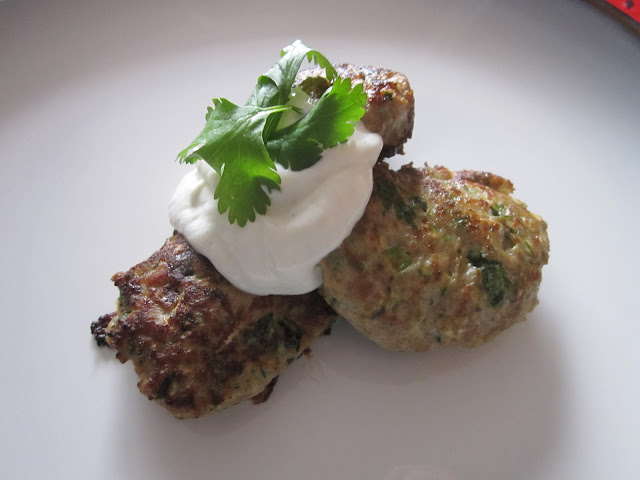 These are easy and quick to make and incredibly moist, which is why I think the searing is an important step as it seals in all of those juices. There is great flavour in these burgers - seriously, So. Tasty.

There are many other recipes that I hope to make from Jerusalem, and I plan to share them on here, too. I haven't been active on here the past few months because of school, but also because I lacked motivation and inspiration. I feel like I'm getting back to normal now, however, and school is calming down a bit, so I hope to have more recipes on here soon :)
Posted by Sarah 4 comments: